Hot temperatures outside generally means cranking up your car’s A/C, but what if you do that and  a rattling noise accompanies the cool flowing air?  Hearing any sort of rattling noise from your car can cause stress and concern.

A rattling sound can mean your A/C is starting to deteriorate and/or some of its parts are loosening..

The first thing to do is to rule out the possibility that something has simply gotten stuck in your air vents, by doing a quick visual inspection.  Your next line of defense should be to look for loose screws or bolts in the unit’s casing and to clean the condenser coils.  If the vents look clean and the screws are all tight,  then the rattle may be alerting you to a bigger problem within  the climate control system, which is designed to operate very quietly.

Here are some potential causes of an A/C rattle : 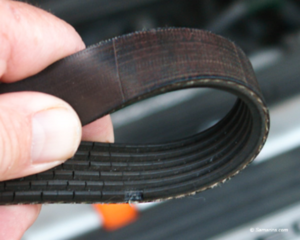 If you’ve gotten this far through the blog, and haven’t determined the source of the rattle, it’s probably time to bring your vehicle into a mechanic.