We sometimes hear from customers wondering what type of refrigerant is in their air conditioning system.  It’s important to correctly identify the refrigerant prior to a recharge because mixing refrigerants is not only illegal, but dangerous.

As a general guideline, it’s good to know that cars manufactured prior to 1995 came with R-12, a refrigerant which was discontinued due to potential ozone damage.  Cars manufactured after 1995 contain a more ozone-friendly refrigerant known as R-134a.  Due to concerns with Global Warming Potential of R-134a, after 2015 manufacturers began switching over to R-1234yf, which is more environmentally friendly than its predecessors.

Questions about system refrigerants arise when it isn’t clear whether the A/C system has ever been retrofitted from one refrigerant to another, or in which model year a specific manufacturer made the switch to R-1234yf.

Pre-1995 MY Vehicles—Came from the factory with R-12.  However, many of these systems were later converted to R-134a by DIY owners, so no assumptions can be made.  Although the law required placement of a sticker indicating a refrigerant conversion, not all DIYers were aware of the sticker requirement, and so the only way to accurately determine which refrigerant is in the system is with the use of a refrigerant identifyer.  Most service shops have these in-house and will charge a nominal fee to identify your refrigerant for you.

1996-2014 MY Cars—Came from the factory with R-134a.  One can make a logical assumption that vehicles manufactured within this time frame have R-134a systems.

1996-Present MY Heavy Duty Trucks—Came from the factory with R-134a.  As of this writing, heavy duty vehicles have not been switched over to R-1234yf.  This may be because the capacity is large and the price of R-1234yf is high.  We do anticipate that this may change in the near future.

2015-2021 MY Cars—This is another area where things get tricky.  Unlike the mandated switch to R-134a in 1995, there has been a gradual phase-in of R-1234yf, so some manufacturers switched early, and others later.  Some switched particular models in one year and other models a year or two later.  Check your Owner’s Manual to determine which refrigerant your system uses.  If you are the original owner, you can rely on this information, and even if you purchased your vehicle pre-owned, there is no incentive for someone to convert an R-134a vehicle to yf, which is much more expensive. 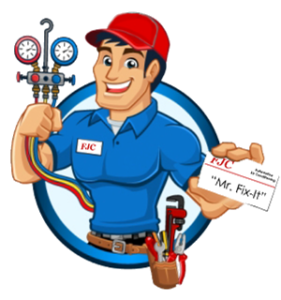